Coalition Response to Amazon Pulling Out of Planned LIC Agreement

Today, Amazon announced that the company will no longer move forward with plans to build a headquarters in Long Island City.

Ever since the HQ2 agreement was announced back in November, there has been growing concern and opposition from local community leaders as well as local, state and federal elected officials about the potential impact on the city.

Since December, the Coalition and several other member representatives have provided input about the planned development through our involvement on the Community Advisory Committee. Throughout this process, we have remained concerned about Amazon’s commitment to including current New York City residents into their workforce plans and have pushed for substantial and long-term investments from the company, City and State in training and employment programs.

We believe that all major economic development projects, and especially ones of the magnitude and potential consequences as the Amazon headquarters would have had, must include substantial workforce training investments to create equitable talent pipelines and job opportunities for all New Yorkers. These projects must actively be centered around economic inclusion and access to viable career pathways for marginalized communities, including individuals who reside in public housing or are homeless, have low literacy levels or lack a highschool diploma, who are justice-involved or have disabilities, and countless other New Yorkers. This will continue to be our steadfast guiding principle as we remain dedicated to creating a more equitable city for the 2.1 million New Yorkers who are underemployed or out of work and without a clear pathway to a job, career, and self-sufficiency for themselves and their families.

We saw increased interest from the City in strengthening our human capital development systems – as exemplified by the mayor’s recent release of a Request for Expressions of Interest (RFEI) for organizations to “support research and planning into innovative approaches the city could take to promote training and hiring of underrepresented New Yorkers in tech and other in-demand sectors.”

We look forward to working with our members and future members, partners, and City and State leadership to ensure that our city’s growth is rooted in community-driven and equity-centric economic development. 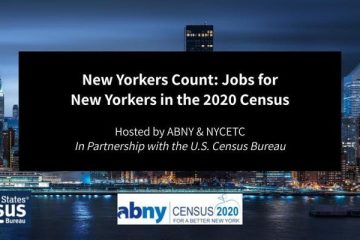 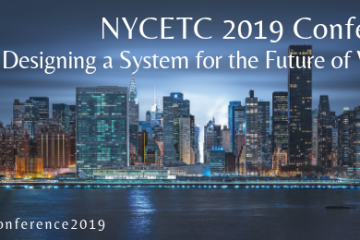 We are thrilled to announce that registration is now open for our upcoming conference on September 23 at the CUNY Graduate Center! This year’s theme – “Designing a System for the Future of Workers” – will examine the systemic, programmatic and Read more… 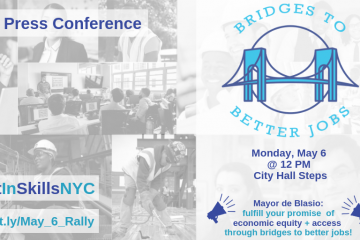