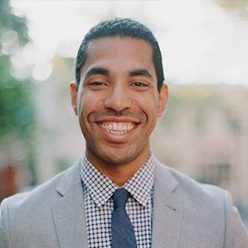 Immediately prior to joining NYCETC, Jose served as the Managing Director of External Affairs, Partnerships, and Business Development at Pursuit (formerly Coalition for Queens or C4Q), a Long Island City based workforce nonprofit that prepares underserved and underprivileged individuals without college degrees for software development jobs at some of the world’s most innovative companies. In this capacity, Jose led the development of partnerships with government, nonprofit and employer partners, along with fundraising and resource development. Prior to Pursuit, Jose spent more than a decade leading youth & family programs, leadership initiatives, and conferences at the 92nd Street Y (92Y), a world-class cultural and community center. While at 92Y, Jose was a founding member of the Belfer Center for Innovation and Social Impact which co-produced the annual Social Good Summit and 7 Days of Genius, and created the global day of philanthropy called Giving Tuesday.