Like the second wave surge in new cases, the near-term economic outlook is not bright. We’ve seen the employment rebound slow to a crawl in recent months, leaving us well short of pre-pandemic levels. The latest New York City jobs data for October show that we’ve recouped only 41 percent of the jobs lost between February and April. Things are not much better at the national level where 63 percent jobs have returned, but still leaving the nation short 7.6 million jobs.

And since many businesses are calling back workers only part-time given slack business conditions, the employment numbers are less than they first appear. Nearly a quarter of New York State workers receiving state unemployment benefits in October were working part-time.

The November jobs data for NYC will not be released until December 17, but they’re not likely to be that encouraging. Revenues received by small businesses tell a sobering story about a faltering economy. Data (shown below) compiled by Womply and made available through the Opportunity Insights website show that small business revenues hovered around 40 percent down vs. January from July through early October in the New York City metro area, have since started to decline again. As of mid-November, the shortfall compared to January was 51 percent. 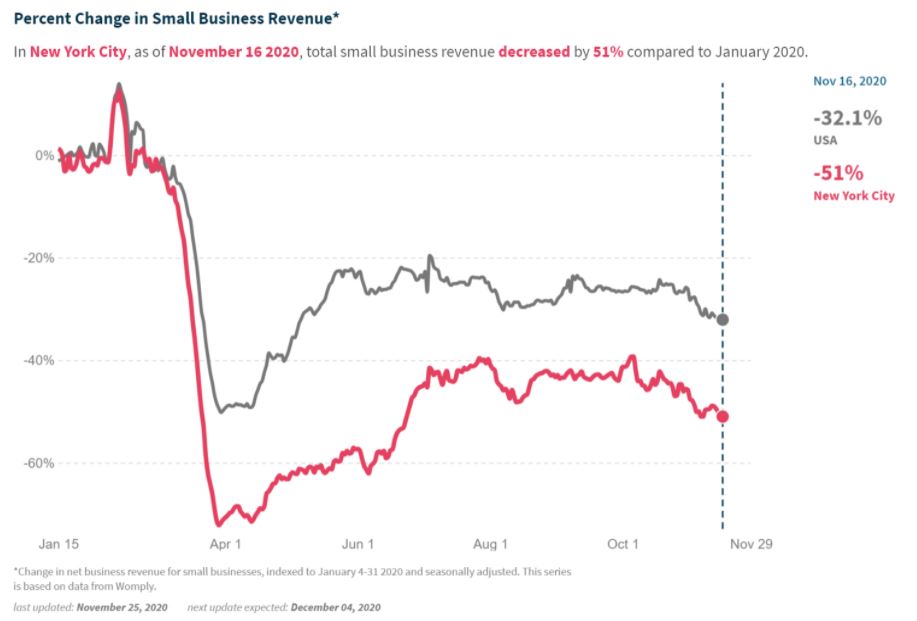 The downward trends since early October depicted in the chart above don’t augur well for job gains for either New York City or the nation. Compounding this problematic outlook of course is the worrisome trend in new Covid-19 cases. The chart below shows the steep ascent in case levels since early October. The charts above and below suggest a Covid-19 dark economic winter is well underway. 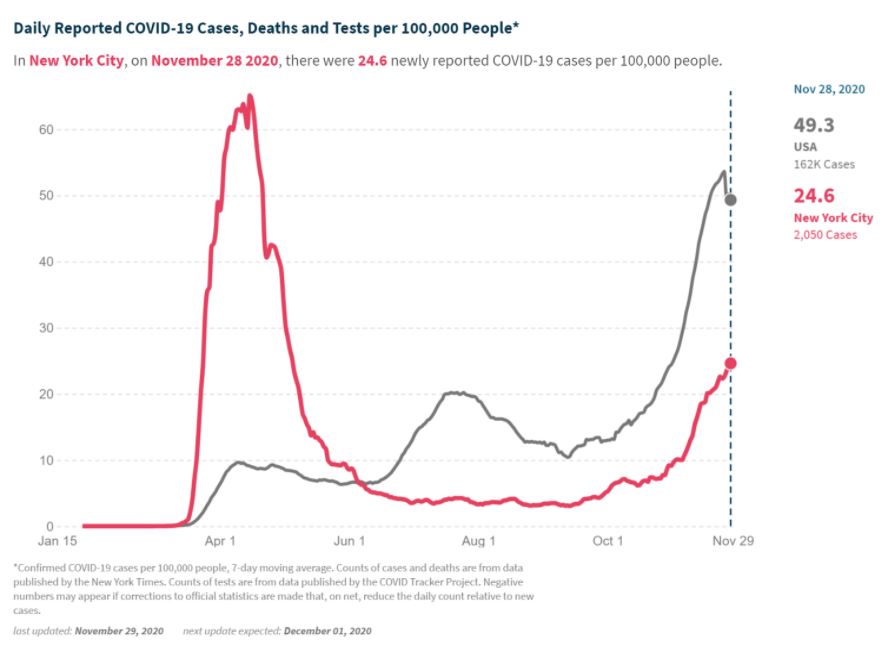 The Covid-19 Economic Recovery Project at the Center for New York City Affairs will release three reports before the holidays, starting with one later this week on the need for New York State to reform its partial unemployment insurance program. The other reports include one on the retail sector and a quarterly report that seeks to make sense of the full range of Covid-19 related economic data. These reports will be available here.